Many of you are in withdrawal after the whirlwind of daily education from ReFoReMo in March. So why not get down to business again? Today, we talk mentor texts with debut picture book author, Stephanie Campisi. Welcome, Stephanie, and thanks for joining us!  Happy Book Birthday!
Do you utilize picture books as mentor texts?  If so, how?

I don’t use them as mentor texts as such, but I read widely, deeply and voraciously, and there’s no doubt that each book changes and affects me in some way. When you steep yourself in reading, it’s hard not to come away with new insights and ideas to apply to your own work – whether consciously or unconsciously.

Picture books have helped me as a writer in all sorts of unexpected, delightful ways. They’ve given me permission to tap into my inner sense of whimsy, and to really think about what parts of a story need to be told explicitly, and which parts can be created through the reading process. They encourage you to put your trust in the reader rather than trying to assert your authorial voice all the time.

Between picture books, poetry and working as a copywriter specializing in packaging copy, I’ve become a lot better at focusing in on the essence of what I’m trying to convey or explore. (Well, except in interviews.) Given all the verbose, overwrought novel manuscripts I have hidden under my bed, it’s been an exciting turning point.

Were there any particular mentor texts that inspired you in the creation of your debut picture book, THE UGLY DUMPLING?

Hans Christian Anderson’s The Ugly Duckling was the inspiration behind The Ugly Dumpling, although I’ve taken just a few liberties with the text - I’m not sure that Hans would have been on board with a cockroach as a supporting character, but oh well! I was also – and still am – on a poetry kick at the time I began working on the book, which explains the free verse nature of the text. I love the way that the form of a poem can shape its reading, and I think that it lends itself perfectly to the picture book format, so it was exciting to be able to explore this at (relative) length.

Thanks for joining us today, Stephanie! Best wishes with your blog tour! To gather more about why you'll want to check out Stephanie's book as a mentor text, click HERE. 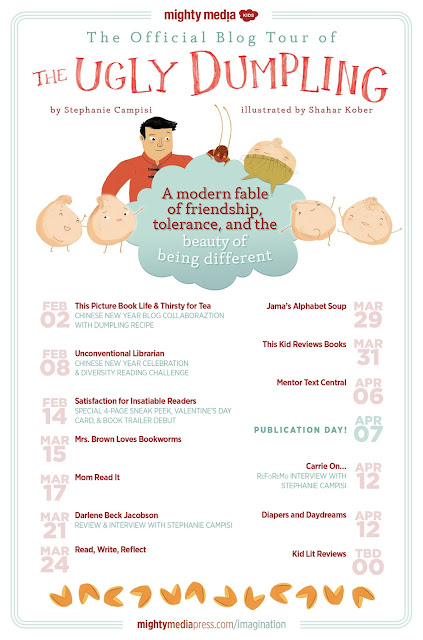 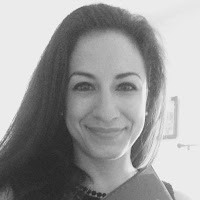 Stephanie Campisi is an Australian-born, Portland-based author who writes twisty odysseys involving strange characters and stranger plots. She credits shameless eavesdropping with the majority of her ideas, and is small and quiet enough that people readily share with her their tall tales and darkest secrets, which she then makes taller, darker, and occasionally more handsome. She suspects she might have made an excellent spy. She has slept in a cemetery, has a friend who was bullied by a prince, and has travelled from one end of Malaysia to the other on a very hot train with a pungent durian in her lap. Two of the three statements in the previous sentence are true. Or maybe they all are. The Ugly Dumpling is her picture book debut. You can follow her at