Some picture books have kids on the edge of their seats watching, listening, and anticipating what's going to happen next. Sometimes their bottoms leave the seats because they have to stand up to tell you how they feel about a book. What makes those read-alouds stand out?

Rereadability
As a librarian, I sometimes read the same book to multiple grade levels. Parents have to reread some books dozens of times to their children. The book has to stand up to that many read-alouds. Can it keep a child’s interest? Can it keep the adult reader’s interest? Does it still have new things to discover each time it is read out loud? Is the text set up in such a way that the reader knows exactly how to read it? 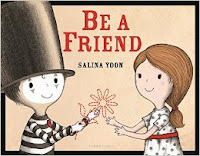 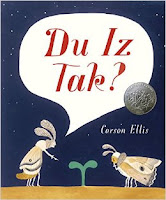 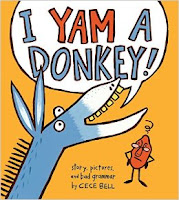 Emotional Response
Many of these books are laugh out loud funny. I mean who can read “Yam-a-yam-a-ding-dong” from I Yam a Donkey without a burst of laughter? But the emotion evoked doesn’t always have to be humor. The reader might wonder in Du Iz Tak? Or have their heartstrings tugged in Be a Friend, or recognize the feeling of making a mistake about someone in Horrible Bear. They might see themselves in Stick and Stone, Penguin Problems, or in Be a Friend. The best books make the reader FEEL something. 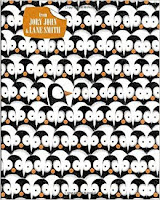 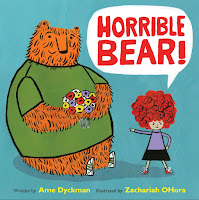 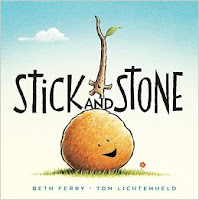 Readers latch on to characters in stories. In all of these books, characters are larger-than-life. But that doesn't mean that they are all loud mouths. In Be a Friend, Dennis doesn't talk, but the reader sees him change as a character through his miming. Other characters react in loud ways. Nanette in Nanette's Baguette and Moose in I Love Cake both have meltdowns when they come to terms with what they've eaten. I Yam a Donkey has two characters that misunderstand each other in loud and silly ways, and the penguin in Penguin Problems has a lot of complaints. 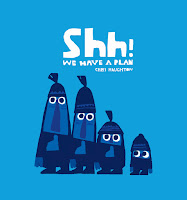 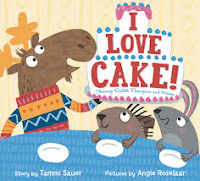 Predictibility Mixed with Surprise
As I read these books with students, many of them couldn’t contain themselves. They’d shout out what they KNEW was going to happen. If the text and illustrations are peppered with tiny hints along the way, readers feel like they’ve been let in on a little secret. Shh! We Have a Plan sets up a pattern for readers to say, “I know what’s going to happen.” In Nanette’s Baguette, readers shouted, “Oh no, she’s not supposed to do that!” Many kids even knew that Donkey was going to eat the Yam in I Yam a Donkey several pages before it happened. Predictability with a little twist a book irresistible. 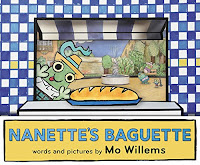 Respect The Reader
The best picture books offer layers for multiple ages of readers. Stick and Stone has a very low word count, but I’ve had a fifth grader read it and say, “Whoa, that’s deep!” 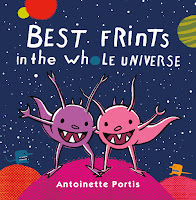 Du Iz Tak? has a made up language and Best Frints in the Whole Universe has made up words. Both give readers of all ages a puzzle to figure out. The reader has to make much of the meaning using the clues the author and illustrator have left for them.

Marcie is giving away two copies of her Mentor Texts for Writers eBook at the conclusion of ReFoReMo. To be eligible, be sure to comment on this post and strive to read mentor texts daily. 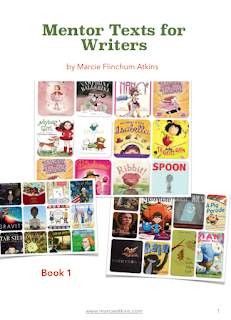 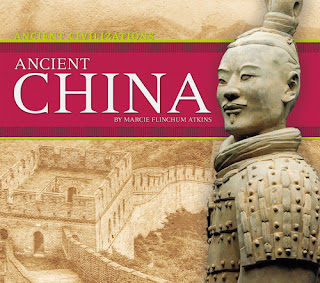 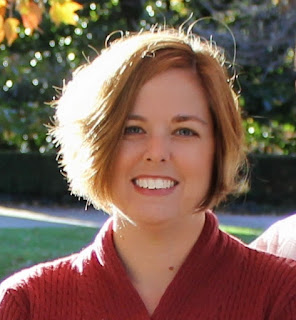 Marcie Flinchum Atkins has been an elementary educator for 19 years. She is currently a PYP/IB librarian in Falls Church, Virginia by day and writes books for children in the wee hours of the morning. She holds an M.A. and M.F.A. in Children's Literature from Hollins University. She blogs about mentor texts at: www.marcieatkins.com. You can follow her on Twitter @MarcieFAtkins and read her great mentor text, Ancient China, at a library near you!