When I started work on GRANDMOTHER THORN, I knew more about writing clinical notes than picture books.  I knew that the theme I wanted to convey –  that sometimes we try too hard, expect too much, attempt to exert more control than is necessary over the world around us – was a tricky one. Who tells a kid “stop trying so hard?” And yet, my own life and those around me showed me that many people, young and old, needed that message.

To understand how others had successfully condensed philosophical concepts into child-friendly packages, I hit the library. Here are a few books that guided my steps: 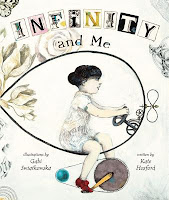 INFINITY AND ME by Kate Hosford, illustrated by Gabi Swiatkowska (Carolrhoda Books, 2012) A concept so large, it’s impossible to wrap your mind around it, but Hosford and Swiatkowska make infinity – in all its mathematical, magical glory – relatable to children. 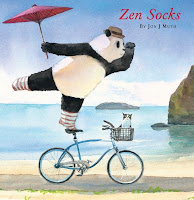 ZEN SOCKS by Jon Muth (Scholastic, 2015) All of Jon Muth’s Zen books, as well as his picture book version of Tolstoy’s The Three Questions, are object lessons in reinterpreting deep subjects for children. 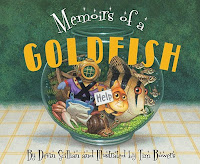 MEMOIRS OF A GOLDFISH by Devin Scillian, illustrated by Tim Bowers (Sleeping Bear Press, 2010) This witty narrative in the fish’s voice tackles topics of loneliness and watching what you wish for with heart and humor. 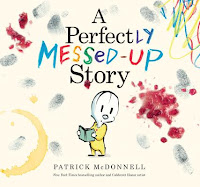 A PERFECTLY MESSED UP STORY by Patrick McDonnell (Little, Brown Books for Young Readers, 2014) My favorite of McDonnell’s (consistently terrific) books, this one helps kids understand that they needn’t be perfect, and that messes and mistakes often lead to wonderful results. 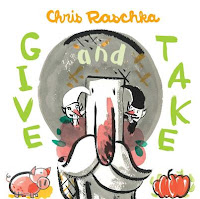 GIVE AND TAKE by Chris Raschka (Atheneum, 2014) A new fable that feels every bit a classic, with clever messages about our impulses, gratitude, and compromise.

Katey is generously offering a picture book manuscript critique OR query letter critique. To be eligible, you must comment on this post and strive to read mentor texts regularly. 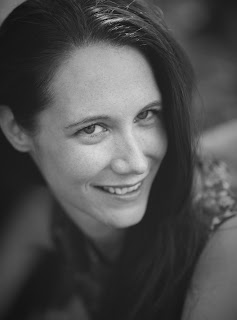 Katey Howes is an author, literacy advocate, and fun mother. She’s a team member at All the Wonders and founding member of Picture the Books – a gallery of debut picture book talent. Katey has two picture books releasing this year, GRANDMOTHER THORN (August 2017, Ripple Grove Press) and MAGNOLIA MUDD AND THE SUPER JUMPTASTIC LAUNCHER DELUXE (November 2017, Sterling.) Find her online at www.kateyhowes.com or @kateywrites on Twitter.
Posted by Carrie Charley Brown at 12:00 AM