I was stuck, like gum in my hair, kite in a tree, bumper to bumper traffic stuck.

While reading the opening, I kept in mind advice from Oscar winning screenwriter Michael Arndt (Little Miss Sunshine, & Toy Story 3) in his Pixar video about beginnings. “Usually what you do when you’re introducing your main character is that you show them doing what they love most. But then your character needs one more thing. He needs a flaw. Now what’s key here is that the character’s flaw actually comes out of her grand passion.”

The mentor texts below show how Arndt’s advice is applied to picture books. The main character is introduced, the author shows what they loved…but… The character flaw in picture books is typically something the main character wants and whatever that is, it won't be easy to get. In this hero journey structure, the opening introduces the story. That said, illustrations also play a large role because they do a lot of the heavy lifting. Titles too.

After reading each beginning I learned who the story was about, their conflict or something unique about the character that made me wonder. I wanted to turn the page to find out what happens next. Did the character get to do what they loved? How? Even though readers know the main characters in picture books do typically get what they want in the end, writers must hook them in the beginning.  And that starts with writing a stellar opening.

Well, of course I am partial to stories set in New Orleans. This beginning sets the tone not only about Mahalia, the main character, but draws us into her physical world. The lyrical language is lovely. Musical.
Mahalia Jackson: Walking with Kings and Queens, written by Nina Nolan, Illustrated by John Holyfield. Amistad 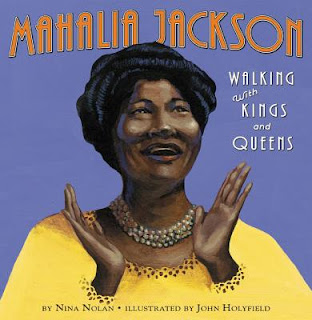 People might say little Mahalia Jackson was born with nothing, but she had something all right. A voice that was bigger than she was.

It was New Orleans, and music was everywhere. Blues spilling through windows. Jazz pouring out doors.

But it was gospel that Mahalia loved.

Early in the story we learn Tie Sing wants to fit in to the country he loves, but the society is filled with prejudice. The reader is rooting for him from the start.

Mountain Chef – How One Man Lost His Groceries, Changed His Plans, and Helped Cook Up the National Park Service, written by Annette May Pimentel, illustrated by Rich Lo. Charlesbridge Publishing 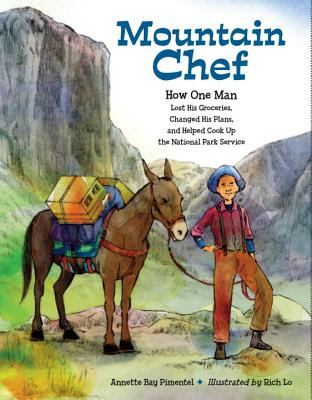 Tie Sing was a frontier baby, born high in the mountains in Virginia City, Nevada. Growing up, he breathed crisp Sierra air and scuffed through sagebrush. He learned to write in both English and Chinese.
America was a tough place to be Chinese. Bosses paid Chinese workers less than white workers. Townsfolk spit out Chinese names like they’d swallowed river gravel. [text cont.]

Character and Conflict with Self

On the first page we learn a lot about Sandow, including who he became is not who he was at one time in his life. How did he change? 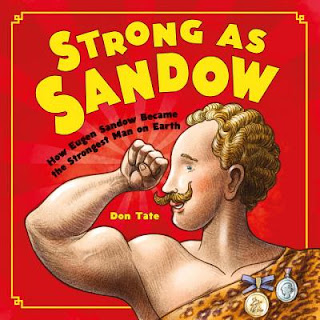 In his day Eugen Sandow was known as “the Strongest Man on Earth.” He could break metal chains by expanding his broad chest. He could hoist a grand piano over his head. He boasted that he once wrestled a five-hundred-pound lion.

No doubt Eugen Sandow was the strongest of all strongmen.

But he wasn’t always strong.

Here, the reader feels William’s dreams will lead to something big despite his living conditions.

The Boy Who Harnessed the Wind, written by Kamkwanda and Bryan Mealer, illustrated by Elizabeth Zunon. Dial Books for Young Readers/ 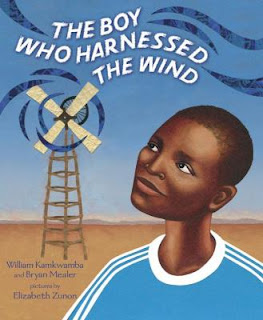 In a small village in Malawi, where people had no money for lights, nightfall came quickly and hurried poor farmers to bed. But for William, the darkness was best for dreaming.