In May of 2018, I wrote a post for ReFoReMo entitled, WHY COMP? It was a broad overview of the What? When? And Why? Of comps - or comparison titles - for your picture books. You can read it here: http://www.reforemo.com/2018/05/why-comp.html

The following is a more indepth look at Where to find good comp titles for your manuscript.

Your first task is to decide what aspect of your book you would like to highlight by finding a comp. It could be the format, the characters (anthropomorphic animals, for example), the audience, tone, or voice. Most likely, though, you will choose to use the subject matter or theme to define your book. So, for this post, that is the example I will use.

Let’s say, for instance, that you have written a manuscript in which the main character is starting school.  So, your target comp is manuscripts published in the past 3 years with a back to school theme. As a quick review you are looking for books that… were recently published, had successful sales (while not blockbuster hits), have the same target audience, and are clearly similar in theme..

My first strategy is searching online mainly because of accessibility. It seems easy, but you can go down that rabbit hole and not find your way out for awhile, so be strategic. There are a number of option online, but here are a few:

Online sellers such as Amazon and Barnes & Noble have various internal search functions and lists that can assist you in this task. First, search that “subject matter or theme” BUT be sure you are searching within your own target audience. You wouldn’t want to use a comp that isn’t in your genre. For example, a back to school chapter book would not be a good comp for your picture book. The image below shows my search on Amazon.com. First, under children’s books, I searched “back to school picture books” and found over seven hundred options. I weeded out books of poems, how-to format books, and books with perennial favorite characters and eventually chose SECOND GRADE HOLD-OUT by Audrey Vernick and Matthew Cordell to begin my search. While I might not use this title in the end, it is a good place to start. Scrolling to the bottom of the page I found lists of books with clarifiers such as…

Inspired by your views…
Frequently bought together …
Products related to this item…
Customers who bought this item also bought…. 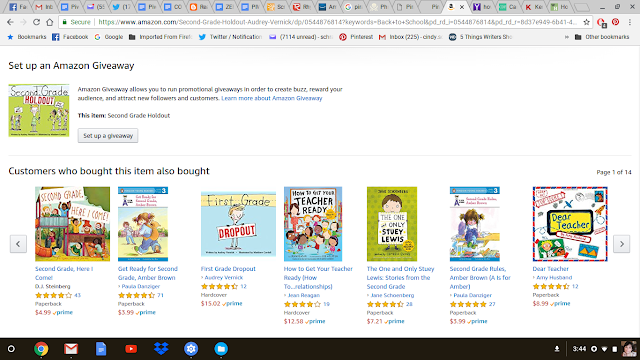 And this is the entrance to the rabbit hole. Ready… go!

Another good search option is Goodreads - this site has various places to look such as “new releases.” The Listopia feature includes categories of books you might never imagine.  One example is… Picture books Hans Solo would like. How crazy is that? Start scrolling and ask yourself, “would my manuscript fit into this list?” If so, you might find some good comps there. 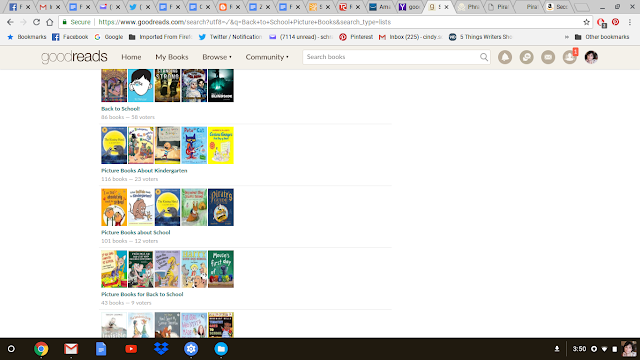 Although the rabbit hole is deep, I love Pinterest for searching comps. Like the other examples, you can plug your theme into the search bar and find a plethora of options. The search will provide you with individual titles as well as lists compiled by other Pinterest users - let someone else do the work for you, right?! You can also click through to various websites that review books - these folks know their stuff. 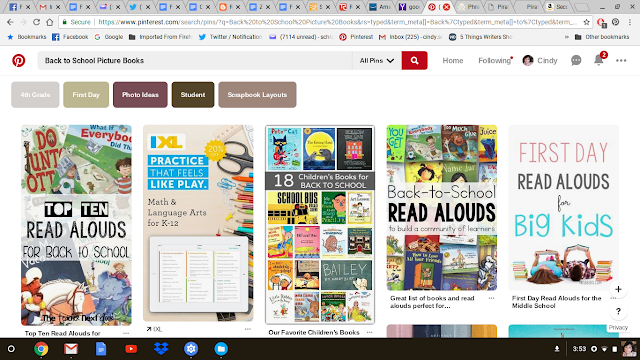 If you find a title, but aren’t sure how good the fit is, check out book trailers on YouTube. But, please don’t use a comp unless you have read it - just don’t.
And, of course, general search engines such as Google and Yahoo can avail you of options as well.
And, don’t forget the ReFoReMo website and facebook lists. Although, we list mentor texts, the categories often overlap. (More on this in my first post.)

Lastly - but so very important - use your Librarian or Bookseller. Their level of expertise  is invaluable. 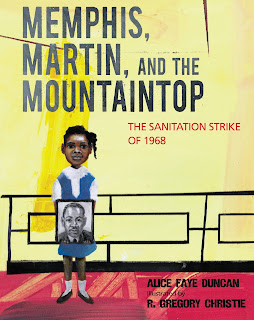 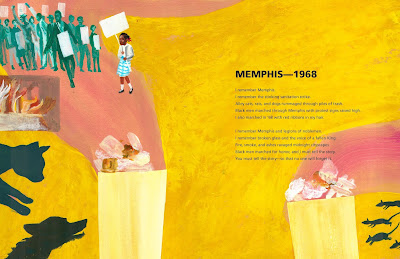 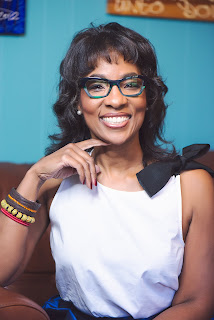 
Posted by Carrie Charley Brown at 1:28 PM 12 comments: Links to this post