Duncan Tonatiuh (tone - ah - TEE – you) is a multiple award-winning author and illustrator. His awards include the Pura Belpré Medal, the Sibert Medal, and the New York Times Best Illustrated Children's Book Award.

Tonatiuh is Mexican and American. His stories are about Mexico, it's people, history, and culture. 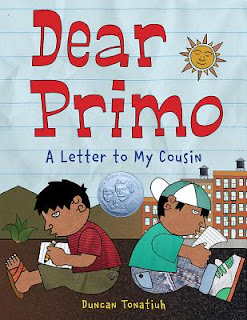 Dear Primo: A Letter to My Cousin is written in an epistolary structure using the correspondence between two cousins, Carlitos and Charles. Carlitos lives in rural Mexico and Charles lives in an urban city in the U.S. Scenes explore the details of each cousin’s life in their respective hometowns. The boys describe things they do, see, hear, and eat in their everyday lives revealing the differences and similarities between the two cultures.

A different font is used to show which part of the letter is from which cousin. As in the title, Spanish words are interspersed throughout the book. And a glossary is included in the backmatter.

The figurative language Tonatiuh uses in the letter from Charlie helps Carlitos understand what life in a big city is like.

“At night all the lights from the city look like starts from the sky.”

“The subway is like a long, metal snake and it travels through tunnels underground.” 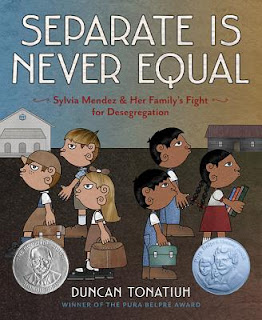 In Separate Is Never Equal: Sylvia Mendez and Her Family’s Fight for Desegregation Tonatiuh tells the story of how a family fought for the right to equal education. The opening, written from the point of view of the child protagonist Sylvia, pulls the reader in right away by starting with the end of the story.
“I don’t want to go to that school anymore. The kids are mean.”
“Sylvia,” said her mother. “¿No sabes que por eso luchamos?” “Don’t you know that is why we fought?”

FOCUS ON PEOPLE, ART, AND HISTORY 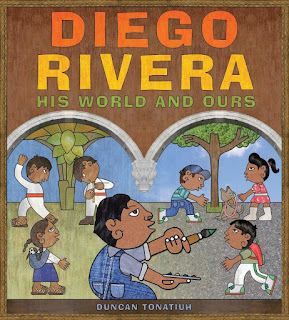 In Diego Rivera: His World and Ours, a nonfiction biography, Tonatiuh chronicles the life of the famous Mexican painter Diego Rivera. From Rivera’s mural art, children learn about the culture and history of Mexico. Tonatuih invites readers to make a connection about today using art to tell their own stories following Rivera’s example.

“…if he were alive today, what would he paint?” 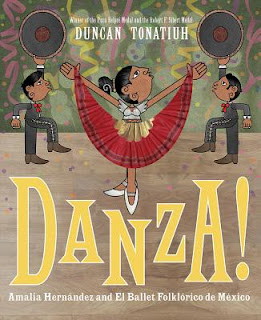 Danza!: Amalia Hernández and El Ballet Folklórico de México, is a nonfiction story that explores dance through the life of the famous Mexican dancer Amalia Hernández. She studied different forms of dance from around the world until creating folkloric ballets incorporating traditional folkore danzas from around different regions of Mexico with modern dance. 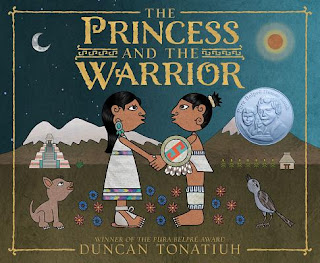 In The Princess and the Warrior Tonatiuh introduces Mexican culture through a “Once upon a time…” story and retells the Mexican Aztec legend of two volcanoes, Iztaccíhuatl andPopocatépetl, to a young audience. Using a classic picture book plot and Nahuatl words, the language of the Aztecs, Tonatiuh reveals, in the end, it is an origin story. 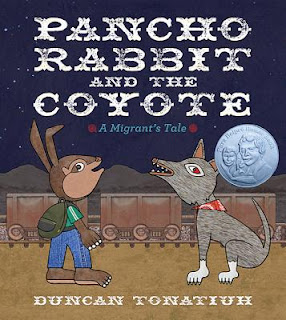 Pancho Rabbit and the Coyote: A Migrant's Tale is an example of an allegorical picture book. Read about that literary device here and here. The story is about a rabbit named Pancho, his family, and a coyote. But it’s really about undocumented workers coming to the United States. And why people from Mexico risk traveling with coyotes, the people who smuggle them across the U.S.-Mexico border.
“Once spring the rains did not come and the crops could not grow. So Papá Rabbit, Señor Rooster, Señor Ram and other animals from the rancho set out north to find work in the great carrot and lettuce fields. There they could earn money for their families.”

BACKMATTER
Tonatiuh includes extensive back matter in his nonfiction books. With numbered pages, his books are great mentor texts to use as models of plot, backmatter content, and book design. 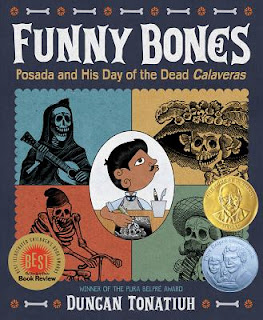 Funny Bones: Posada and His Day of the Dead Calaveras is about the artist José Guadalupe Posada best known today for Mexico’s Día de los Muertos (Day of the Dead) artwork. Tonatiuh includes an author’s note, glossary, bibliography, art credits, places where the reader can find Posada’s art, and an index.


As we celebrate Latino/Hispanic Heritage this month, the body of work by Tonatiuh is an important reminder of the many contributions made to the world by people of Mexico. Books by Tonatiuh are great models to study how to deliver interesting stories packed with information and extended learning content about a culture to young readers.
Posted by Keila V. Dawson at 12:00 AM