The Brilliant Deep: Rebuilding the World’s Coral Reefs: The Story of Ken Nedimyer and
the Coral Restoration Foundation by Kate Messner and Matthew Forsythe 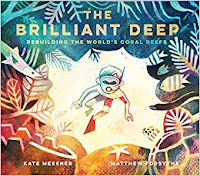 First Line: It starts with one.

Last Line: It starts with one.


Sun! One in a Billion by Stacy McAnulty and Stevie Lewis 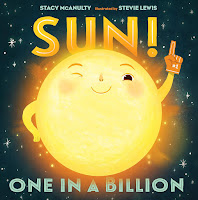 First Line: Once upon a time—about 4.6 billion years ago—a magnificent and important star was born.

Last Line: I plan to be in the biz for another six billion years. You and me, we’ve got a bright future together. 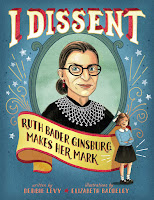 First Line: You could say that Ruth Bader Ginsburg’s life has been … one disagreement after another.

Last Line: Step by step, she has made a difference…one disagreement after another. 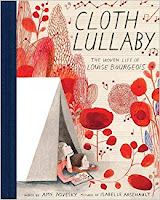 First Line: Louise was raised by a river.

Last Line: When she was done, all of her spiders beside her, she held the river and let it rock her again.

The Boo-Boo’s That Changed the World: A True Story About an Accidental Invention (Really!)
by Barry Wittenstein and Chris Hsu 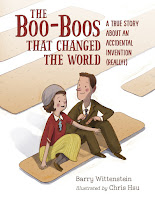 First Line: Once upon a time, in 1917 actually, a cotton buyer named Earle Dickson married his beloved, Josephine, and they lived happily ever after. The End. Actually, that was just the beginning.

Last Line: Because soon those snivels and sobs of pain are silenced by Earle and Josephine's accidental boo-boo invention. And that is the happiest ending of all. The End. (Really!)

Pass Go and Collect $200: The Real Story of How Monopoly Was Invented by Tanya Lee Stone and Steven Salerno 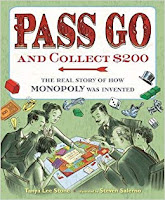 First Line: What kind of Monopoly player are YOU?

Last Line: In any case, there is no doubt that millions of people all over the world adore Monopoly. 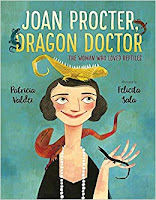 First Line: Back in the day of long skirts and afternoon teas, a little girl named Joan Procter entertained the most unusual party guests.

Last Line: And just like when she was a little girl, Joan often hosted children's tea parties at the Reptile House with her scaly friends. Sumbawa was the guest of honor. 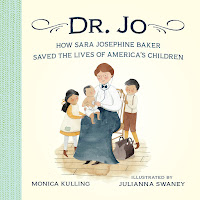 Ada’s Violin: The Story of the Recycled Orchestra of Paraguay by Susan Hood and Sally Wern Comport 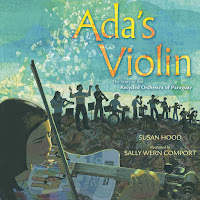 First Line: Ada Rios grew up in a town made of trash.

Last Line: Buried in the trash was music. And buried in themselves was something to be proud of.


The Vast Wonder of the World: Biologist Ernest Everett Just by Melina Mangal and Luisa Uribe 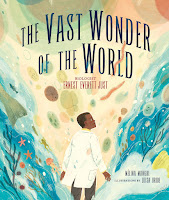 First Line: At twilight, a man lay on a dock, luring marine worms with a lantern.

Last Line: Through his careful observations and hard work, Ernest opened up the wonder of the universe to all of us, through a tiny egg cell.


What are your favorite first and last line combinations? 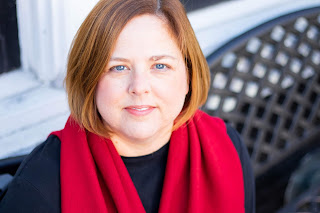 Marcie Flinchum Atkins is a teacher-librarian by day and a children’s book writer in the wee hours of the morning. She holds an M.A. and an M.F.A. in Children’s Literature from Hollins University. Her “Rookie Get Ready to Code” series came out on February 1 with Scholastic Children’s Press, and her debut picture book Wait, Rest, Pause: Dormancy in Nature comes out from Millbrook Press on September 3. She muses about mentor texts and making time to write at www.marcieatkins.com. You can follow her on Twitter @MarcieFAtkins and read about her #writerlife on Instagram at @marciefatkins.