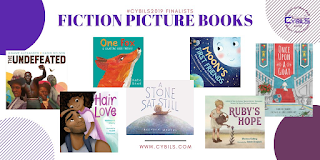 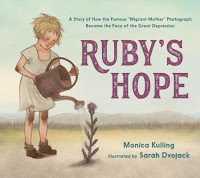 Monica Kulling creates quality nonfiction and fiction picture books that have been impacting the market for years. After recognizing her past books in other ReFoReMo posts, we knew she would bring an enlightening perspective on writing that shouldn't be missed. One of her recently published picture books, RUBY'S HOPE, was recently announced as a 2019 CYBILS finalist! Congratulations, Monica!

How do you utilize picture books as mentor texts? 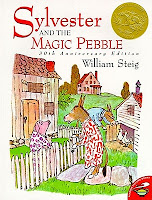 From the time I started writing for children I read picture books, hundreds and hundreds of picture books (and I still do!) to educate and inspire. Reading widely helped me figure out what type of story I wanted to tell and how I might go about telling it. Analyzing the best picture books (William Steig was a favorite) helped me learn what a writer can accomplish within the constraints of a 32-page text.
Reading mentor texts helped me internalize the prose rhythms used by other authors and to figure out which story arcs were the most successful.

Were there any particular mentor texts that inspired you in the creation of Ruby’s Hope? 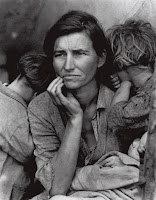 My initial inspiration came in the form of a mentor image, Dorothea Lange’s “Migrant Mother.”  I love photography and would often look at Lange’s work. One day I just began wondering how the plight of those hard depression years affected children, specifically, the older daughter in Lange’s iconic photograph.

The mentor text that informed and inspired my writing was John Steinbeck’s The Grapes of Wrath. His story of the Joad family and their journey from Oklahoma to California gave me a feel for the mood of those hardscrabble years and a sense of the time and place. I steeped myself Steinbeck’s story and it helped, I think, with authenticity.

Before I began seriously writing my text, though, I did some market research and found two new picture books about Dorothea Lange—Barb Rosenstock’s Dorothea’s Eyes (2016) and Carole Boston Weatherford’s Dorothea Lange: The Photographer Who Found the Faces of the Depression (2017). Both are excellent, but both tell the story of the photographer not the photograph, so I was reassured that my approach was unique. 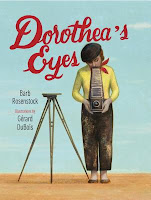 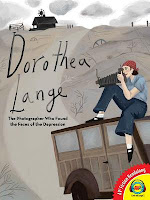 Writing a well-crafted picture book takes time and patience. It’s not as easy as it appears. You must be succinct and entertaining and illuminating in as few words as possible. It’s a tightrope walk that I’m still striving to perfect. Though it might take years to fully realize an idea, as it did in the case of Ruby’s Hope, reading the work of other picture book authors motivates me to continue when the going gets tough. 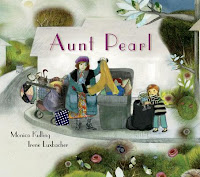 What do you feel is the best way for picture book writers to utilize mentor texts?

Picture book writers should read a text and examine the story spread by spread. Note how the words are working, or not, with the illustrations. Studying the page breaks and spreads helps a writer know how many words can be devoted to the introduction, how many spreads are needed to build the story, and in the case of a picture book biography, how many pages can be spent on an author’s note. Reading mentor texts is a way to keep one’s own picture book writing vital. 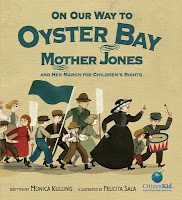 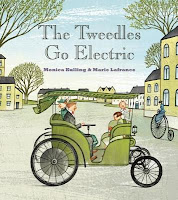 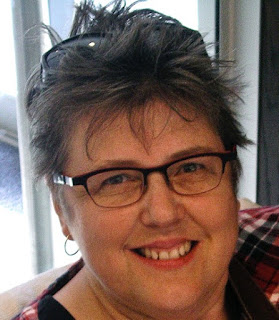 Monica Kulling was born in Vancouver, British Columbia. She is the author of over fifty books for children including, the popular Great Idea series, stories of inventors. Her books have been selected for many honors, including Simon Wiesenthal Center’s “Once Upon A World Children’s Book Award,” the Norma Fleck Award for Canadian Children’s Non-Fiction, and North Dakota Library Association’s Flicker Tail Award. Monica’s most recent picture books include Aunt Pearl, illustrated by Irene Luxbacher, Ruby’s Hope, illustrated by Sarah Dvojack, and Susan B. Anthony: Her Fight for Equal Rights, illustrated by Maike Plenzke. Monica Kulling lives in Toronto, Canada.