These titles differ in genre and theme. Yet, lyricism distinguishes each of these texts. Each one features language that elevates the narratives. Note the elements that distinguish each of these texts: the staggered lines and near rhyme of Giant Squid, the majestic metaphors of Crown and All Because You Matter and the momentum-building repetition in The Stuff of Stars and The Undefeated. Figurative language sets the tone and transports the reader to the depths of the ocean, to the birth of the universe, and to the heart and soul, the past and future of Black America. Crown’s subtitle calls it an “ode.” The jacket flap for Undefeated bills it as a “love letter.” I call them all “poetry.” 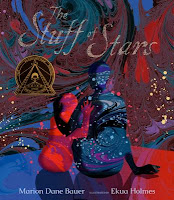 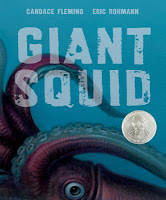 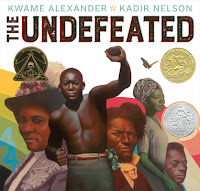 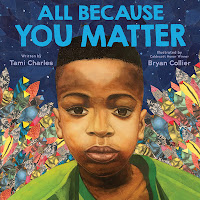 All Because You Matter by Tami Charles, illustrated by Bryan Collier

The Undefeated by Kwame Alexander, illustrated by Kadir Nelson 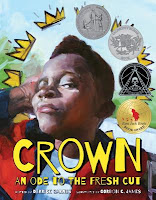 Carole is donating a 30-minute coaching session to one lucky winner! To be eligible for prizes throughout the challenge, you must be registered by March 1, comment on each post, consistently read mentor texts, and enter the Rafflecopter drawing at the conclusion of ReFoReMo. 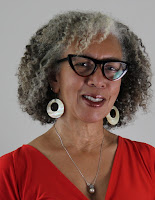 Carole Boston Weatherford is the author of more than 50 books, including Caldecott Honor winners Freedom in Congo Square, illustrated by R. Gregory Christie, Voice of Freedom: Fannie Lou Hamer, Spirit of the Civil Rights Movement, illustrated by Ekua Holmes, and Moses: When Harriet Tubman Led Her People to Freedom, illustrated by Kadir Nelson. A Sibert Honor winner and two-time NAACP Image Award recipient, she won a Newbery Honor for Box: Henry Brown Mails Himself to Freedom, illustrated by Michele Wood. Carole mines the past for family stories, fading traditions, and forgotten struggles to fill in the gaps in American history and to set the record straight. She is a professor at Fayetteville State University in North Carolina.
Posted by Carrie Charley Brown at 12:00 AM